Hi and welcome to my running blog, as you’ve probably gathered my name is David Coxon. I’ve been running off and on for as long as I can remember, running my 1st half marathon in 1982 when I was 12, but not move up to the full 26.2 miles until i was 34. Since then i’ve ran several marathons both on and off road. More recently I’ve started to run Ultra Marathons, running multi day events like the Himalayan 100 on the Indian border with Nepal and single stage events such as the Lakeland 50, the Wall and the Northumbrian 100k. Over the years I’ve also taken part in some of the more quirky races, like Toughguy and the Mighty Deerstalker. 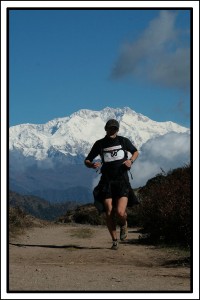 I’ve never won a race in my life, (nor am I likely to) at best I’d describe myself as a middle of the pack runner. I’m certainly more of a sunday morning runner than a serious club runner and i’m definitely a distance runner not a sprinter.

Generally I run with an ipod, a nike plus occasionally a heart rate monitor, I tend to like tech gear and am a bit of a stats freak uploading pretty much every run to nikeplus and dailymile.

Coming from the North East, I’m a bit spoilt for places to train, running along the roman wall, on the Northumbrian fells and occasionally getting over to the Lakes or the Yorkshire moors.